If the apprentice uses Mana Bomb and has a Harbinger's Watch equiped he spawns meteors. If these Meteors are hitting something the matrix opens and grey boxes appear. If you walk through this diminsion gate you are led to the second diminsion of Etheria, it is dark and grey. It was once once a beautyfull land like the one we are living in, but the defenders in this diminsion lost to the Old One and the planet lost it's life core. With that no further life is possible in this alternate diminsion and the Old One are trying to conquere now our Etheria.

You are friendly with goblins, forever <3 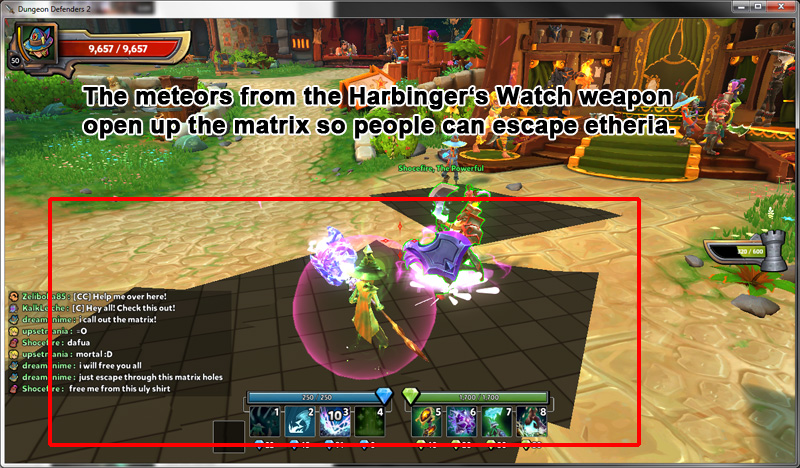 Confirmed fixed for next release.